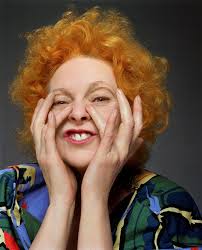 Vivienne Westwood is a woman I admire immensely; for her wonderfully subversive take on fashion, as well as her fiercely committed activism. At age 72, she is still evolving as a brilliant genius. I also admire her unique style, her indomitable spirit and life force she transposes onto her creations and projects.  Age has not wearied her; in fact she has transcended it. What’s not to like about this amazing woman? In examining her work and her life, and because of her considerable output in design, and input into her activism, I want to go backwards to her genesis as a designer. I am not sure if she would have envisaged her life the way it has happened, back then as a primary school teacher.

Vivienne’s latest fashion project, is a collaboration with Virgin Atlantic, and her client is Sir Richard Branson. A creative thinker and entrepreneur himself, I am sure he had no hesitation in giving Vivienne the brief of re-designing the uniforms for crew. Maybe he recognised a kindred spirit, a fellow risk-taker.

The above design is ‘an iconic red Westwood suit with a very feminine silhouette’. The design for men is a 3 piece burgundy Saville Row suit.

In keeping with her enviromental advocacy, and as a charity ambassador, she has also sourced recycled bags for the ground crew, via the Ethical Africa Program.

SHOES SHOES SHOES!ANGLOMANIA: In 2008, Vivienne collaborated with Melissa, creating some outrageous shoe styles, including ‘re-birthed’ old designs in injected thermoplastic. They have been described as ‘quintessentially English and feminine’, yet in true Westwood mode, ‘fearlessly non-conformist’. 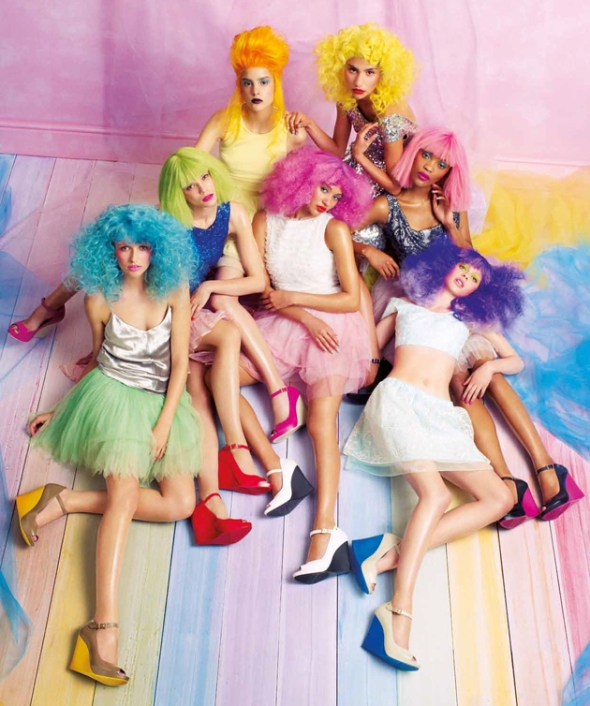 1990: The first VW shop opens in London; she becomes Fashion Designer of the Year, and she launches new lines (perfume/accessories) and new shops are opened.

1989-1991: She is appointed Professor of Fashion at the Vienna Academy of Applied Arts. She becomes one of the World’s top 6 designers.

1987: Vivienne defies convention and designs the Statue of Liberty Corset; to be worn on the outside!

1982: Westwood and Malcolm McLaren become partners in life and business and embark on several audacious ventures.  Their first catwalk fashion show, called ‘The Pirate Exhibition was a success. They attracted attention, and notoriety, for holding ‘an indecent exhibition’ and launching various other shops called “Let it Rock’, ‘Too Fast to Live, Too Young to Die’ and ‘Sex’.

Who would have predicted such an amazingly precocious career path, given she started out as a primary school teacher, married with a child.

Apart from her success in infiltrating mainstream high fashion, her commitment toactivisim is just as impressive. On her blog , subtitled ‘The Manifesto. Active Resistance to Propaganda’, she urges ‘art lovers unite’ in her quest for change. 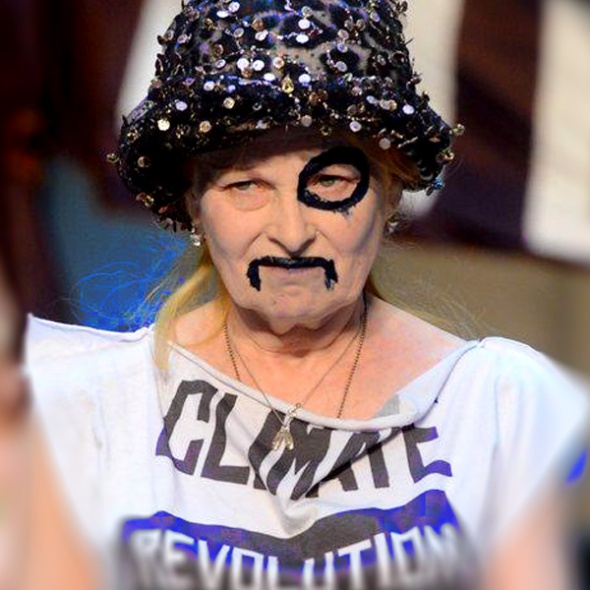 Vivienne’s ‘face of war’ campaign on March 2 2012 is announced on her blog. She takes to the streets of London for a ‘face mob’. It is a symbolic message of the need for a Climate Revolution.

Vivienne’s designs ‘combine unconformity with a sense of tradition’. In subverting Harris Tweeds & tartans into punk fashion in her early career, she gained credibility & kudos, and acceptance into mainstream fashion.

Vivienne has resolutely stamped her unique, quirky creativity into the fickle fashion world. By virtue of her twin passions, she has become both an icon and an iconoclast and remained authentically herself. 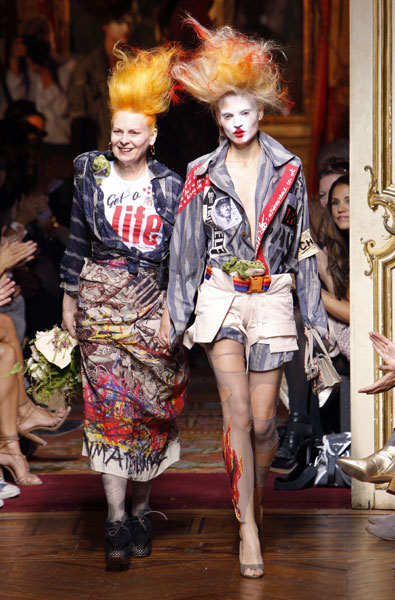